More Than 30 Solar Sites on One Platform

This project for Ecoplexus was the creation of a standardized, customizable system designed to handle the needs of large-scale solar and energy projects that are capable of deep data acquisition and manipulation, and most importantly, control. This new system for Ecoplexus culminated in the creation of NextDAS, a ground-breaking operations and management platform that is completely Ignition-based.

Ecoplexus had a number of challenges that NLS was tasked with solving. The large Ecoplexus portfolio of solar sites was divided among a mixed bag of data acquisition system (DAS) providers, which not only lacked standardization, but were all designed for the “small solar” world.

These systems were void of deep data diving or control capabilities, which presented unacceptable limitations. Ecoplexus’ business model relies on value to potential buyers based on the depth of data available on the site performance. The data analysis team required full access to all site data as well as the tools for financial analysis, both of which were unavailable through other DAS providers. The other companies Ecoplexus worked with charged exorbitant amounts for access to data and control capabilities. Ecoplexus’ primary goal was acquiring control capabilities, closely followed by robust data and analysis.

Ignition’s unlimited data and open architecture meant it was the optimal tool in providing Ecoplexus with a new DAS system that addressed all its concerns. NLS was able to create a standardized system in which every Ecoplexus site was identical in appearance and operation. That included retrofitting of existing sites and building new sites, for a current total of more than 40 sites operational or in production.

NLS was able to utilize Ignition to collect and present data once every second, allowing for a level of analysis that was impossible in the previous system — which only presented data every 15 minutes. This project surpassed all the limitations of previous offerings, with unlimited sites, field devices, users, and datapoints, allowing Ecoplexus to bring all its current and future sites into one system. Basing this system on Ignition allowed Ecoplexus (and other NLS clients through NextDas) to own the data from its sites from commissioning onward.

An added benefit for Ecoplexus was the ability to customize the HMI to better identify issues that arose. The level of customization made possible with Ignition became an important part of Ecoplexus’ business. Investor View was created with the INS design team, and is a method of data presentation more geared toward the public, while still providing an accurate and precise view of a plant’s productivity.

Upon NLS switching the sites to Ignition, Ecoplexus gained full control capabilities and was able to maximize plant performance. This, in tandem with the incredible depth of data and analysis, allowed it to provide a complete portfolio of the operational history to investors, allowing them to analyze the data on their own, to a level that satisfies them. NLS’ SCADA solution not only increased revenue but also raised the value to potential buyers.

All the efforts involved in completing this project became the origin of NextDAS. The standardized, fully customizable, unlimited system with an intuitive user interface is now available to other NLS clients as a complete package. 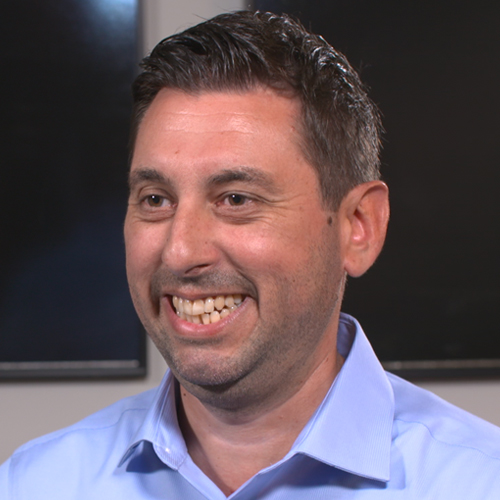 
Mike Crawford has 20 years of multinational experience in industrial automation and SCADA systems integration, specializing in solar, wind, and battery storage facilities. He has extensive experience in project management, planning, pre-design, design, installation, commissioning, and maintenance. Mike is the visionary behind NextDAS and NLS Energy, the next generation of operations and maintenance platforms, built on industry-standard hardware and Ignition.


NLS specializes in SCADA for the energy and water & process industries across North America and internationally. NLS Engineering is a Canadian-based engineering services group, along with its US-based subsidiary NLS Energy, which is focused on renewable energy. NLS provides SCADA, plant control, and commissioning services for solar, wind, and energy storage. NLS has implemented millions of tags in Ignition for the world's largest producer of energy from wind and solar. We are an Ignition-focused company with a highly skilled team of multi-disciplined experts.


Ecoplexus is a leader in the development, design, engineering, construction, financing, operations, and ownership of renewable energy systems for the commercial, government, and utility markets. The company provides a full suite of professional services for all stages from development to ownership. Ecoplexus maintains offices in San Francisco, Dallas, and Raleigh/Durham, North Carolina in the United States, as well as International offices in Japan, Mexico, Korea, and Vietnam. Ecoplexus is made up of engineers, accountants, financiers, lawyers, land experts, technical experts, environmental planners, builders, and operators.