This was the first Ignition project done by MR Systems for the City of Anderson, South Carolina, to replace the City’s older, failing, iFix SCADA system. The Water Authority desired to go with a different package that would provide a significantly more robust, reliable, and flexible control system.

This project was required to replace the failing iFix system. The City wanted the flexibility of unlimited clients, as well as alarm notification capability. The desire for much easier access to historical data was also high on the list.

MR started the implementation of the system running in parallel with the City’s existing system to verify all the information was correct. The “live” editing nature of Ignition allowed for rapid development and checking of the new system to ensure accuracy. The main engineer on the project for MR, having come from more than 20 years of experience with Wonderware, found the Ignition platform to be exponentially easier to set up and configure, in addition to being very fast.

MR Systems went with the fully redundant Gateway server configuration, which worked without any issues whatsoever. The cost of this fully redundant system, even with the time required to recreate the existing system, was significantly less than it would have been to use another HMI package.

The older interface was cluttered and difficult to gain a complete understanding of the plant operation with, so MR completely redesigned the UI to make more of the critical information readily available.

Ignition proved to be absolutely the simplest system to work on. This was MR’s first Ignition project, but the company leveraged the free, online Inductive University courses to learn how Ignition works.

The fact that the historian is based on standard SQL has made the interaction with the historian much easier than HMI packages that use a proprietary storage format. While working on this project, the main engineer suffered a serious ankle fracture and was bedridden for two months. With a simple internet connection to the plant, he was able to continue working on the project without missing a beat. The plant personnel absolutely loved the ability for him to connect and change something in two minutes with them having immediate feedback.

By far, the most unique aspect of this project is that it utilizes fully rendered 3D images, including animated images for equipment in operation. The SCADA system is a series of actual 3D rendering of all areas of the plant, providing a more accurate visual representation of the system. These high-resolution graphics add a significant “wow” factor to the system, making it more appealing for operators to use. Operators almost feel like they are playing a video game. Where required, this 3D approach was used for more process type configurations, showing the entire distribution system of tanks and pump stations connected with piping.

The City of Anderson is extremely happy with its new system. Operators now have access from various workstations throughout the plant, and the application is also available on two iPads. This allows operators to take the system with them while making rounds.

The Water Plant not only had to control everything locally at the plant, but also an extensive remote telemetry system monitoring the distribution of water throughout the region. This was difficult from a single screen. MR created two projects for Anderson. The first was a complete system covering the local filter plant and the entire telemetry system. The second was custom designed for the control room, which contained eight 42-inch flat-screen monitors mounted on the wall. This provided the ability to display the eight most critical areas of the entire water treatment process, from the filter plant to the end distribution, all available with a quick glance. This is by far the biggest benefit the operators have mentioned about the new system.

The system has been much more stable than the older iFix system. There is little to no maintenance required by the plant staff. It just works, every time, all the time. MR Systems’ first foray into the Ignition world has gone much smoother than initial attempts with other packages. MR believes the software has been incredibly well thought out, and the tech support is leaps and bounds above any other HMI package. The company has noted that with Ignition support, it actually gets solutions to any problems, as opposed to the typical “install patch 1” or “reinstall the software.” MR Systems has found it to be a pleasure working with Ignition, and the company is hard at work selling additional jobs using the software. 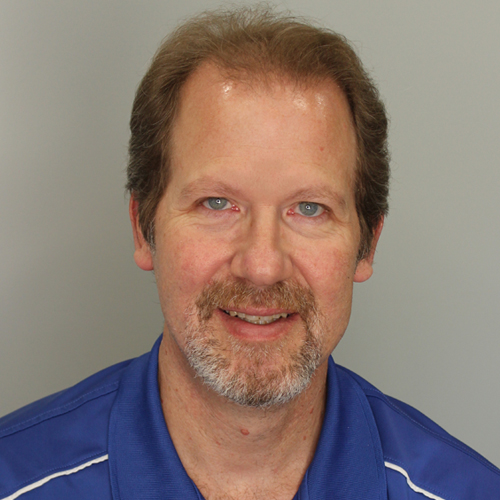 
Erik has been working as a systems integrator strictly in the Water/Wastewater field for more than 23 years. He has been doing 3D graphics/animation for more than 30 years, and has found a way to bridge that into the design of high-end operator interfaces.


MR Systems has been a premier systems integrator for the past 25 years, serving the Southeast region of the country. MR is a complete facility, from designing and manufacturing its own PLC panels in-house, to complete integration services. The company specializes in remote telemetry systems via radio communications, as well as entire water/wastewater treatment facilities. From integration services to extensive field service capabilities, MR’s goal is always to provide the customer with more than they ever imagined was possible.


ARJWS is a partnership of rural and municipal water districts devoted to providing a high-quality, clean, safe, reliable, economical flow of treated water to its wholesale customers in Anderson and Pickens counties in South Carolina. ARJWS is a primary source of all the drinking water for the Clemson area of the state. The system uses the latest technology, such as a recently added ozone disinfection system, to produce award-winning water.