This project was developed to provide real-time statistical analysis and visualization of machine data to allow for better and faster decision-making concerning performance and efficiencies. The project also needed to be flexible enough to adapt to future needs of the client company, Dana Incorporated.

With plans to set up an Ignition system at the corporate headquarters and implement the Enterprise Administration Module, Dana will have quick access to data, and will be able to better address needs, which will lead to better performance.

Problem:
Dana needed a way to take the information its machines were providing and display it in a manner that could improve performance of its workforce and discover problem areas on production lines to help meet the requirements of Dana Connected, the company’s Industry 4.0 Initiative. The project also had to be easily implemented in multiple Dana locations.

Solution:
A demonstration project was created to prove that Ignition could provide the required functionality to meet Dana’s needs. Ignition’s trial period allowed for a simple project to be implemented and left on site. A three-day site visit and installation was performed, which resulted in a working model. After the successful demonstration, a full deployment was approved.

The project required the flexibility to be implemented in other plants, which made for a unique task. Roeslein needed to develop a method by which each plant, no matter how different it was, would use the same data as the other plants. Using Ignition’s UDTs, a method was developed by which one UDT would gather the data from the machines. This UDT would change from site to site. The first UDT would push data to a second UDT that will remain constant across other plants. Having the ability for each plant to provide the same data from different machines allows for Dana to better meet its Industry 4.0 Initiative standards.

With Ignition’s Enterprise Administration Module, Roeslein plans to quickly push updates to other plants when changes are needed. Having a UDT that is the same everywhere will make this process more efficient. The UDTs allowed Roeslein to build windows with the information from the constant UDT, so no matter where the project is implemented, the screens will remain consistent. On these screens, Roeslein used Ignition’s templates. Using a generic template, Roeslein was able to have only one of each type of screen — but was able to pass parameters to it to show information for any line or machine. Additionally, Ignition’s historian provides easy access to previous data and allowed Roeslein to create analysis screens to show what happened in the past. Ignition has also enabled quick analysis of OEE production calculations.

Finally, Dana wanted to be able to alter the downtime reason for a given fault if the supervisor felt that the current reason did not accurately reflect the cause. For this, Roeslein employed the help of Inductive Automation’s design services. Within a day, Inductive Automation was able to provide the needed solution, enabling updates to the tag historian — which was then used to allow for the editing of downtime reasons. By making use of all the tools that Ignition provides, Roeslein was able to meet all of the customer’s needs in an efficient and successful manner.

Result:
Many benefits were achieved though this project. The main benefit for Roeslein was learning how to set up a tag structure within Ignition that is flexible in some areas and rigid in others to allow for project consistency regardless of site circumstances. By having an idea of the possible size and scope of the task, Roeslein was able to leverage Ignition’s strengths to create a successful project. Dana benefited in several ways. Employees on the floor can now see how they are doing currently within their shift, as well as how the other shifts did before them. This has led to a push by each shift to be the best and thus the production has increased.

Also, analyzing OEE values, downtime occurrences, and durations along with per-machine production has allowed Dana to identify areas for improvement within its plant.

Special Thanks from Roeslein:
This project wouldn’t have been possible without the help of Brown Engineers. Dee Brown and Mitchell Moorehead from Brown Engineers provided the extra manpower needed to meet the initial rollout schedule set forth by Dana. 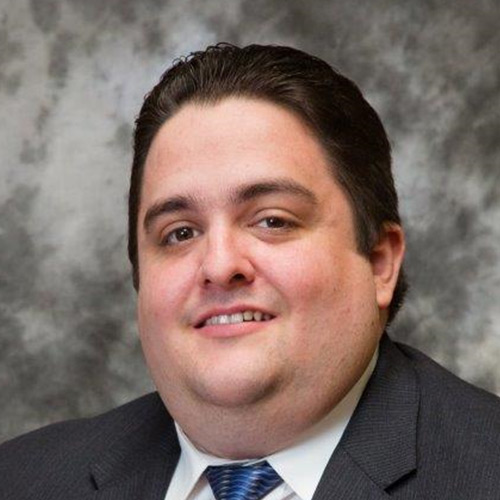 
Phillip has been an employee with Roeslein & Associates since 2016. He has deployed Ignition systems in five countries across four continents, primarily for the food & beverage industry. Prior to employment at Roeslein, Phillip earned a Masters degree in Electrical Engineering from Missouri University of Science and Technology.


Roeslein & Associates is a global leader in engineering, modular fabrication, and construction of can-making and industrial plant facilities while providing a wide range of technical services and engineered products to various process industries. Since the company first introduced its specialized approach -- Modularization, Unitization and Preassembly -- it has remained at the forefront of the latest advances in modularized approaches to large capital projects for specialized facilities. Roeslein & Associates is now an employee-owned company that has steadily grown with offices in the United States, United Kingdom, and China.


Dana is a world leader in highly engineered solutions for improving the efficiencies, performance, and sustainability of powered vehicles and machinery. Dana supports the passenger vehicle, commercial truck, and off-highway markets, as well as industrial and stationary equipment applications. Founded in 1904 and based in Maumee, Ohio, the company employs 30,000 people in 33 countries on six continents. The company is included in the Fortune 500.